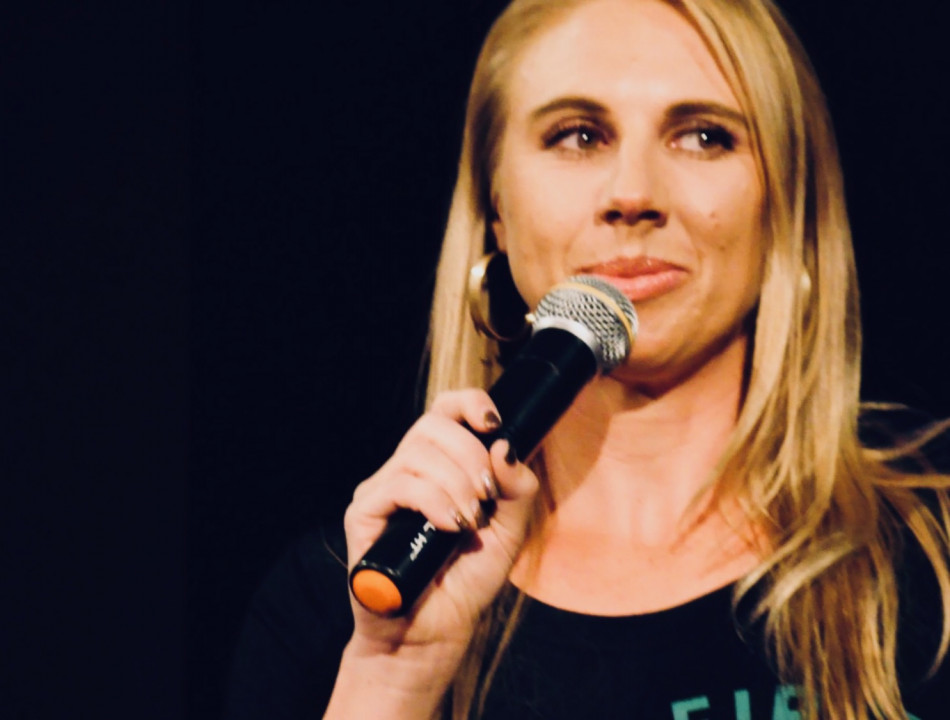 Kelly was born and raised in North Lake Tahoe, California, skiing, hiking, boating, and doing all of the activities that come with growing up in the mountains.

After graduating from North Tahoe High School (home of the non-ironic Lakers) as a proud band geek, varsity athlete, and theater kid, it was off to UC Santa Barbara. After graduating in 4 years with a major in Communications and a minor in personal training, Kelly made the move to LA and got a job as a waitress, putting her degree to good use.

After auditioning for a few years, Kelly wanted more control over her career and so she started writing sketches, spoof music videos, and eventually, stand up comedy. She now performs regularly (or did, pre-Covid) around Los Angeles at the Comedy Store, the Ice House in Pasadena, Flappers in Burbank, Hotel Cafe, and more. Writing stand up got her creative juices flowing, and she now has more ideas than she can complete in a timely manner.

While her genre has been strictly comedy, she doesn't scrutinize when it comes to the type of project. Movies, TV series, short films, webseries, blogs, a novel, a one-woman show, and now a featured column on Medium are all included under the umbrella of her ideas. She might be breaking the mold and developing a horror/comedy short now... Stay tuned!